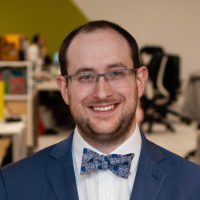 Michael is the Chief Executive of What Works for Children’s Social Care, joining the team in January 2019. He leads the team’s development during its incubation phase within Nesta and beyond. Prior to joining the Centre, Michael served as Chief Scientist at the Behavioural Insights Team, where he led evaluations and research projects including four evaluations for the Department for Education’s Innovation Programme, and lead analytical projects looking at decision making at the front door of children’s social care.

In his free time he watches too much television, most prominently Australian Masterchef and programmes in which crimes are solved by people other than the police.