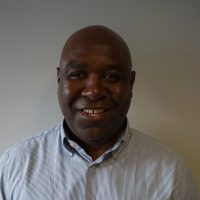 Sanderson is a Senior Practitioner in a duty and assessment team in the West Midlands. Sanderson has been in practice for seven years. In addition, he is a level two Practice Educator who is passionate about social work education and practice development, contributing to the needs of the profession. Sanderson’s prior interest was in the legal field, hence in addition to his social work qualifications, holds a bachelors and masters degree in law (Criminal law and Criminal justice). Sanderson’s approach to social work is heavily influenced by a human rights based approach. He enjoys strengthening families and making a positive impact for families and children.

Sanderson is a football fanatic who dabbles in politics and enjoys writing. He is active on twitter where he keeps abreast with current issues in the social work profession and the world at large.