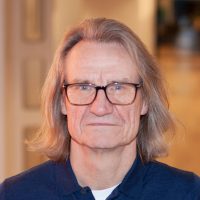 Sir Alan has over 40 years’ experience at both local and national level within the children’s sector. In July 2018 it was announced that Alan is the Founding Chair of the What Works for Children’s Social Care.

Previously he has been national President of the Association of Directors of Children Services (ADCS).

In 2016 Alan was appointed to undertake a fundamental review of Local Children Safeguarding Boards including Serious Case Reviews and Child Death Overview Panels. Subsequently the legal framework covering these areas has been amended by an Act of Parliament to implement his recommendations.

Also in 2016 Alan was appointed by the Secretary of State to Chair an Advisory Board to the DfE on the role of local authorities in providing services to children.

Alan was Chief Executive of The Learning Trust (TLT), which delivered all of the statutory education services provided by Hackney Council. In that period, 2002-12, education in Hackney transformed from the worst in the England to one of the highest performing and now receives national recognition for its work.

Between 2006-16 he was the Corporate Director of Children and Young People’s Services in Hackney ensuring the implementation of the nationally acclaimed model of Reclaiming Social Work.